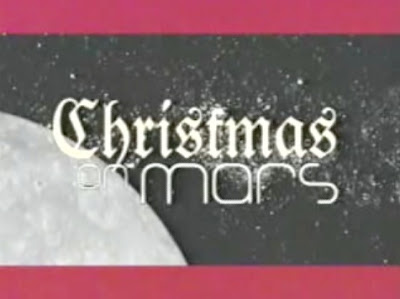 So – the surprise that I mentioned yesterday which I could not reveal yesterday is this….

The Flaming Lips are going to show their movie Christmas on Mars at Rocktown Climbing Gym on Friday the 13th of June. Shows will be held at midnight, 2 am, and 4 am.

This FREE (that’s right, I said FREE) show is a joint collaboration between Wayne Coyne of the Lips, The Dead Center Film Festival, and Aaron Gibson of Rocktown Climbing Gym.

This will not be your typical movie showings – the movie will be shown inside a giant circus tent that holds about 200 people. I’m told that there will be an amazing sound system (as one might expect for the Flaming Lips) and a number of other surprises. There is a limited amount of space. At this point I have no details to give on how the tickets (if indeed there will be tickets) will be issued. Details on that are forthcoming…

This is an exclusive event and one you WILL NOT want to miss. Surely, everyone will be talking about it.

Some background:
Christmas on Mars began shooting in 2001 and finally ended in 2005. Much of the movie was shot in and around OKC. A number of scenes were shot at OKC Rocks (now Rocktown) and bits and pieces of the sets still exist in several of the machine rooms and silos. Wayne always talks about how much he loves our silos and how beautiful they are – we think so too.

It’s awesome to have a group of this recognition and artistic vision want to show their *baby* at our place. I for one, am extremely excited about it.